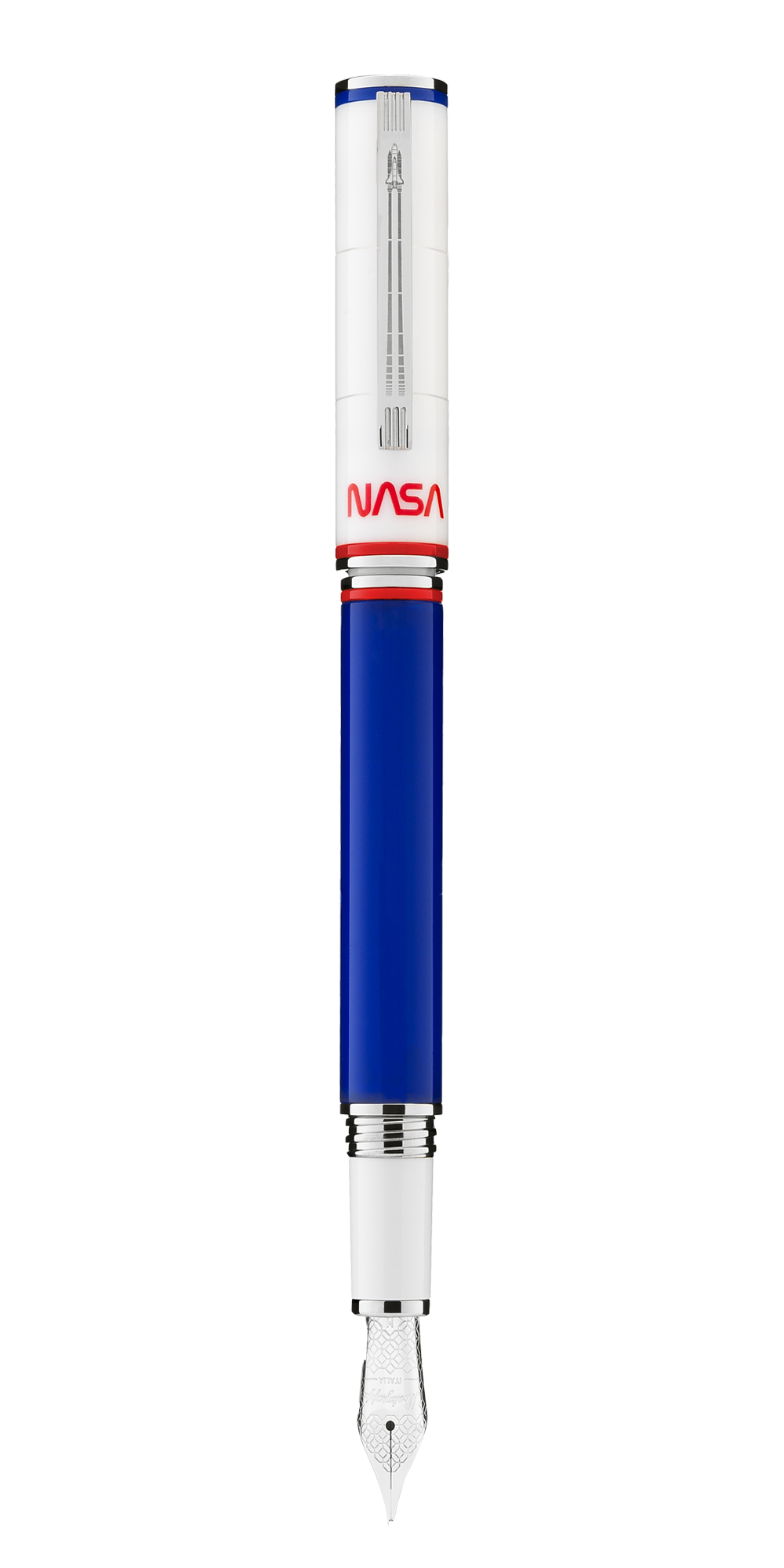 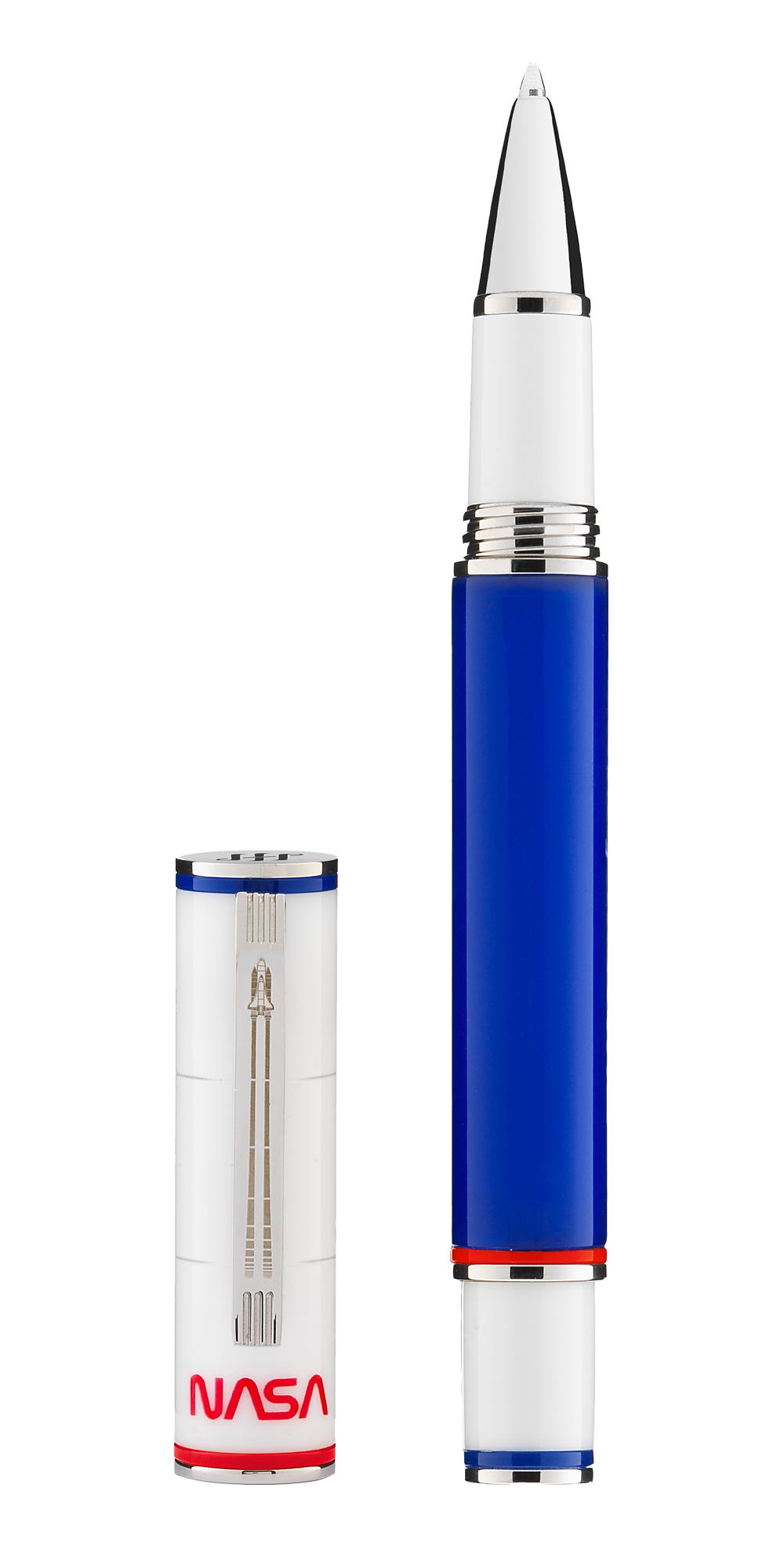 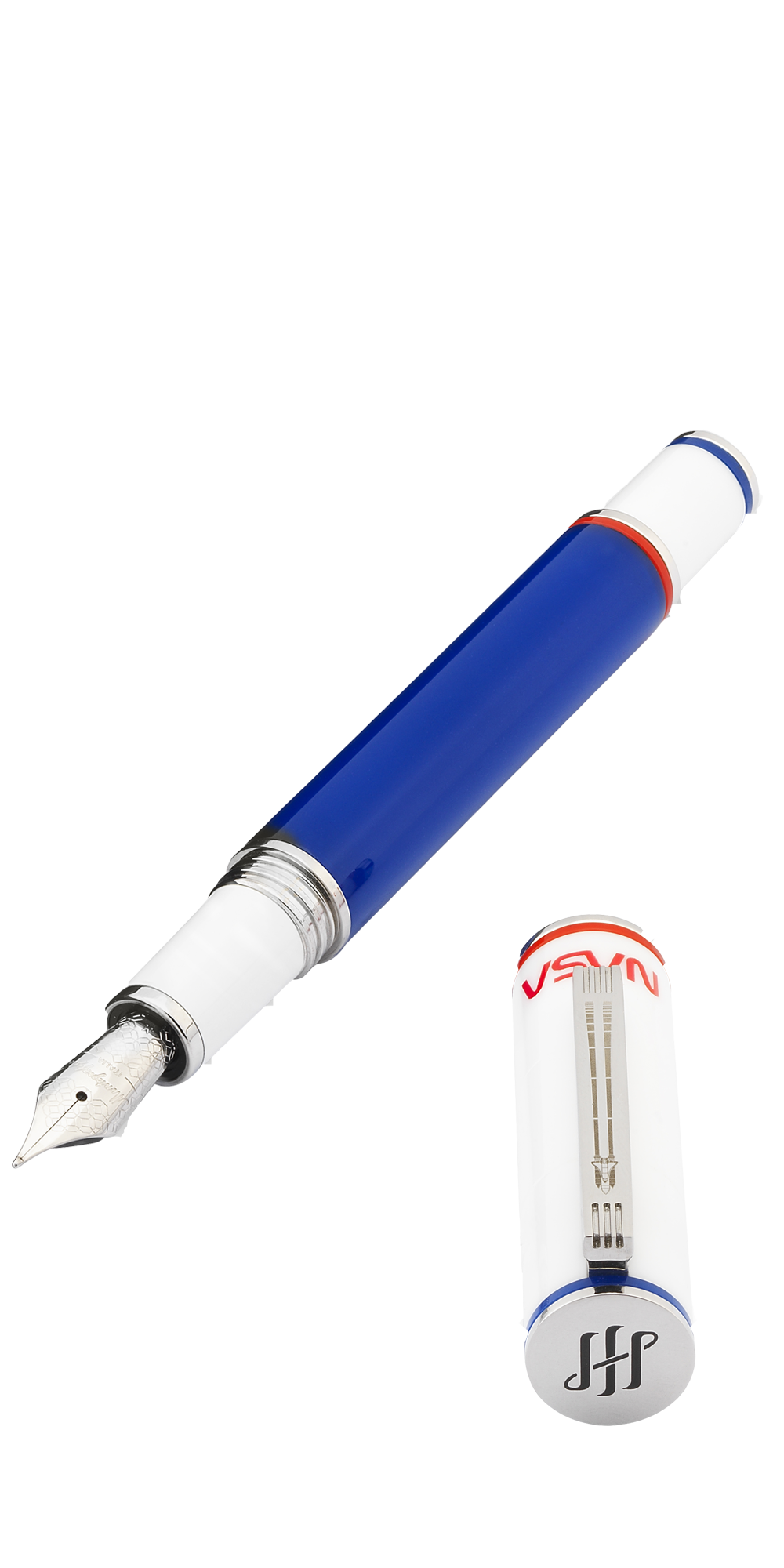 NASA with its proud, colour-blocked livery, NASA Atlantis recaptures the optimism of the early 1990s, and marks the moment when an Italian astronaut became part of space folklore. Thirty years after Dr. Franco Malerba’s historic mission aboard the Space Shuttle Atlantis, the world stands at the dawn of a new space age. Montegrappa recalls a landmark era in international scientific endeavour, offering precision design and performance across a range of writing modes.

Crisp lines and rich, saturated colours tap into the hope and awe of NASA’s 30-year Space Shuttle programme – an era that ended with the final flight of Atlantis in 2011. Retired in 1992, the popularity of NASA’s ‘Worm’ logo only grew in its absence. After being recalled to service in 2020, we give it pride of place with red enamel fill. Shuttle ‘lift-off’ and ‘launchpad’ graphics are precisionengraved into the hardware of this hand-built silhouette. Try it in fountain pen, rollerball or twist-action ballpoint modes